Days and Months in Spanish


Los días de la semana - The days of the week

Notice that the days of the week in Spanish do not begin with a capital letter.

A día feriado is a public holiday or a day without work or school. It is usually because of a special date in that country like the National Day (Día nacional) or the First day of the year.

The days of the week in Spanish are Masculine so we say:

Note however that when we talk about the days in plural, as in Mondays or Fridays, only sábado and domingo have an S added in plural form. 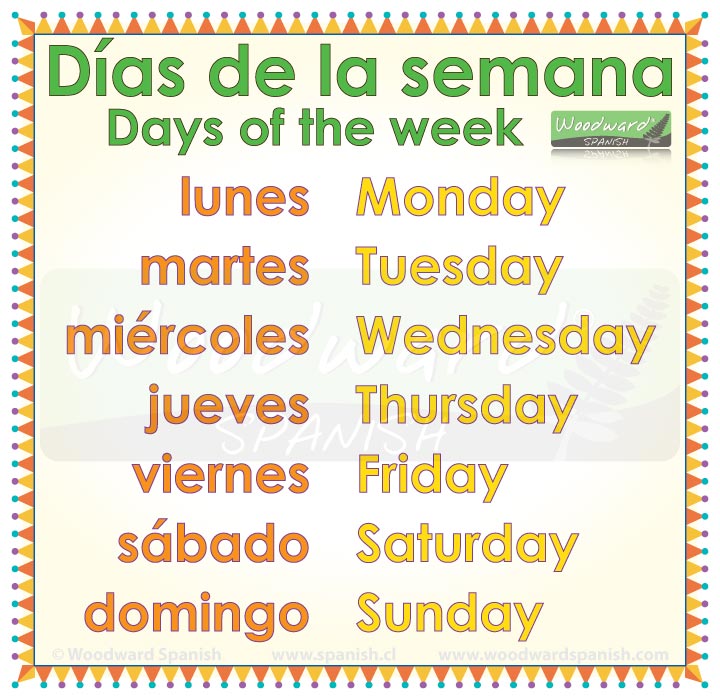 Los meses del año - The months of the year

Notice that the months of the year in Spanish do not begin with a capital letter.

GAMES: Try our interactive vocabulary games to practice: Days - Game 1 and Days Game 2. We have another game where you need to translate the word from English, to its correct word in Spanish: English to Spanish Translation Game

There is also a game about the Months in Spanish.


NOTES: You may want to check out our notes in Spanish about Los días y los meses en español. 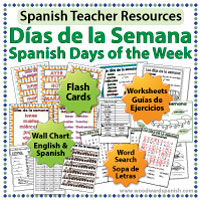 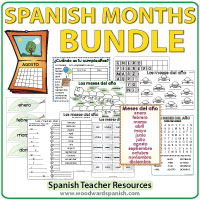 If you found this Spanish Vocabulary about Days and Months useful, let others know about it: